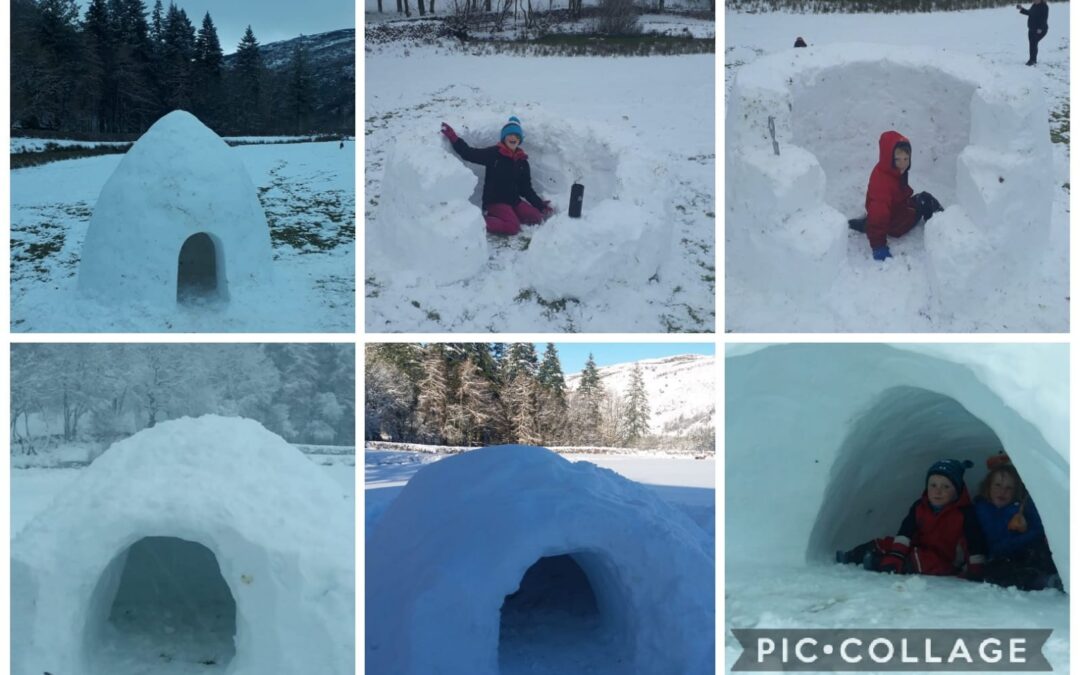 As I write this many people are saying goodbye to the remnants of snow which has blanketed much of the UK over the last week or two. For us it is only now visible coating the tops of the tallest hills. While snow is understandably a nuisance to many (especially if you need to get anywhere!), I always seem to find my inner-child becoming excitable at the prospect of snow – checking the forecast regularly in the hopes of a pending ‘snowpocalypse’. Again, I appreciate the problems this can cause for many….. but the inner-child excitement always seems to win out!

Having 2 excitable kids also doesn’t necessarily help with the anticipation, and as the first snowflake appears you can almost see them….. and possibly me….. peering through the window and conjuring up an army of snowmen in the garden. As our children have got older, they have become much more interested and keen in undertaking a ‘snow project’ whenever the conditions allow, with the last few decent coverings of snow resulting in the construction of snow shelters.

The most recent shelter that we constructed was an igloo, which most people are familiar with. This consists of snow blocks that are arranged to form a domed structure with a doorway for access. The blocks for an igloo are traditionally cut from a single layer of compacted snow, or wind-slab. Given that the recent snow for us was no more than 10cm deep this was not possible, and so the kids and my wife were tasked, along with myself, with rolling large balls of snow around until they were of sufficient size that blocks could then be cut from them (using a large kitchen knife). These were then used to create the igloo, with loose snow filling any gaps. After one snowman, several snowball fights, a lunch break and numerous hot chocolates and coffees the igloo was complete – easily within a day.

The other shelter that we have constructed previously is a quinzee/quinzhee. This type is much easier to construct than an igloo. It is essentially a large piled mound of snow which is compacted down and then hollowed out. The internal space can be a round dome, an elongated tunnel or a combination of the two, as long as the internal has a vaulted ceiling for strength and stability. It is a much better shelter type when the snow is powdery and unable to form blocks, or be compressed into them.

For those who fancy building a snow shelter but have never had a go, I would thoroughly encourage giving it a try. You don’t require vast amounts of snow, just the ability and patience to collect it. It’s immensely satisfying but more importantly great fun!